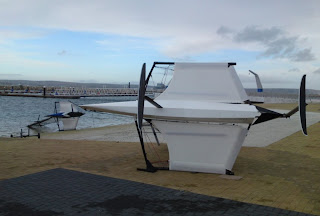 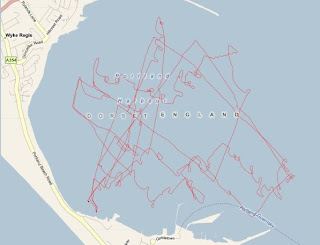 Gybe practice.
Jonnie Hutchcroft came over to Weymouth the other week to do a bit of training. He’s up to speed in his Velociraptor, and all set up right, but struggling with the maneovres. So after a bit of a sail around, we hit the gybing practice quite hard. He did a fair bit of swimming, but was determined to get it.
He left a broken man though – knackered from a long session on the water, and limping from a rather large pitchpole induced leg bruise!
I downloaded my gps plot from the day, and found out I’d done 108 gybes in the two sessions we did….
(The wiggles in the traces are when I went back to check up on a capsized Jonnie, or stop because I was laughing too much after he'd ejected himself out of the back again!)
Email ThisBlogThis!Share to TwitterShare to FacebookShare to Pinterest