Blast from the past.. 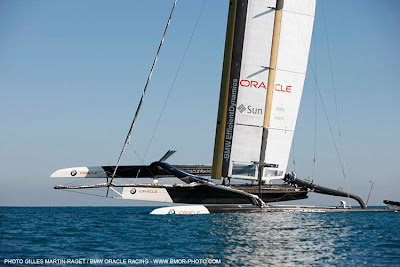 So while the sailing World was thinking that wing sails on trimarans were new, I went home and dug out some photos of a craft, design and technology project I did when I was about 11 (quite a few years ago now!) 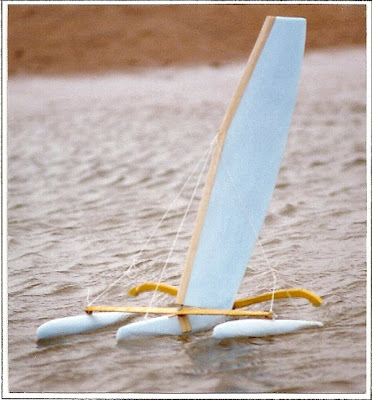 Being a simple boat that was just meant to be set and released, it was never meant to fly a hull, so I adopted the pivoting float technique used on the Formula 40 ‘Adrenalin’.

Once a techno sailing geek always one.....

Hello from Valencia. With two of the coolest multihulls on the planet about to go head to head, this is the place to be. Forget the court cases, I’m interested in the boats, and it should be quite a show.

I’ve been a bit poor on the blogging front recently because I’ve been so busy. It’s been a good couple of months though. I was out in Rio with Iain Percy and Andrew Simpson in December while they were training for the Star Worlds, so that was great when they won that one in Jan. Then it was skiing in Les Arc, and then Miami OCR. It was good to catch up with Bora, Bear, Dalton and Brad out there, and I’d say team USA is looking good for the Worlds. I'll have to back date some blogs as I've got loads of great photos from various places, and screen grabs of the media interest in Katherine's foiling oppie (9000 hits on her blog in one day!) But with the AC tomorrow, I don't have time to write about all of that, so I'll do it all out of order slightly.

We got down here on Saturday, and have got to see Alinghi up pretty close, and watch them coming in and out from training sessions. We saw BMW Oracle leaving the commercial port this morning for a training session, unfurling the code zero in the entrance and setting off at quite a pace.

Caught up with loads of people down here which has been really nice. Being back on the Victory Challenge base today was cool. Bumped into a load of Mothies. Morgan Larson is around, and met a Japanese Moth sailor, who approached us after seeing my jacket.

Tom Whicher and team Southampton made it down after a longer than planned roadtrip – so we had tea with them! And I know of loads of others who are around. 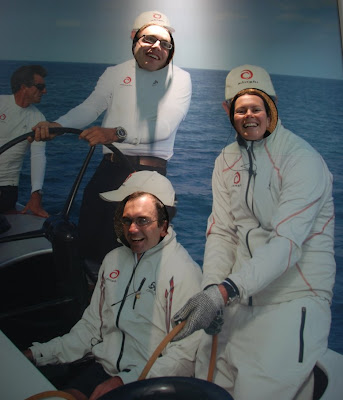 Tom and Katherine taking Alinghi for a spin today, while I sat along for the ride! 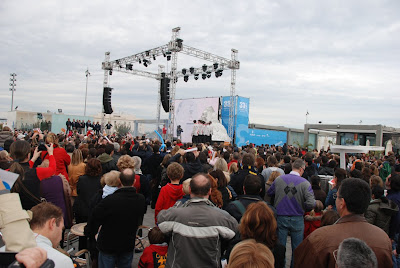 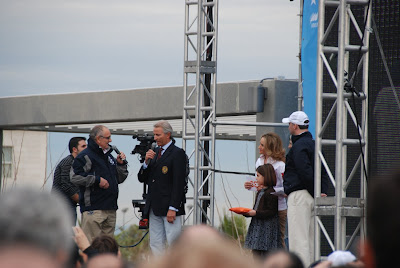 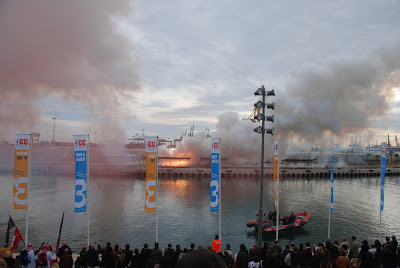 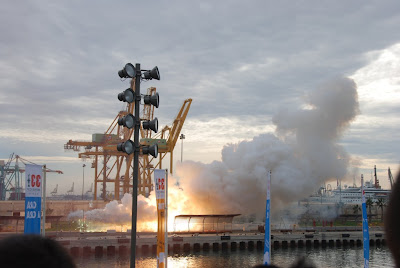 It is more about the noise and the smoke produced! 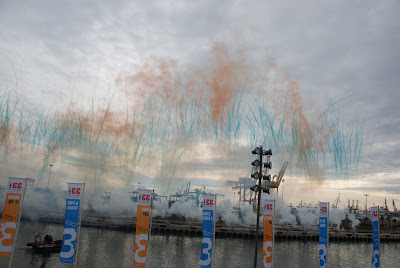 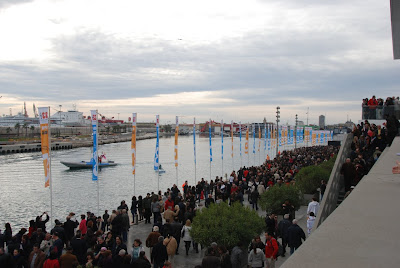 Just a few people out to watch today! 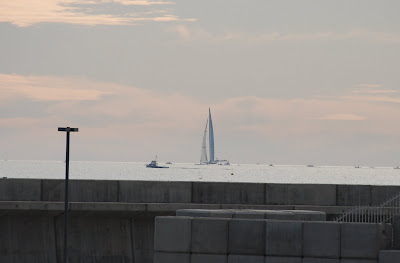 BMW Oracle heading off out this morning. 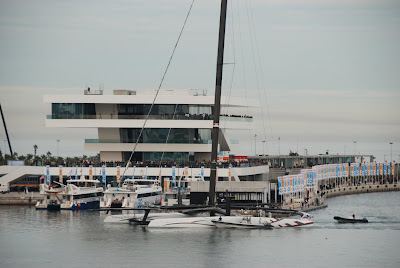 Alinghi coming back after sailing today. 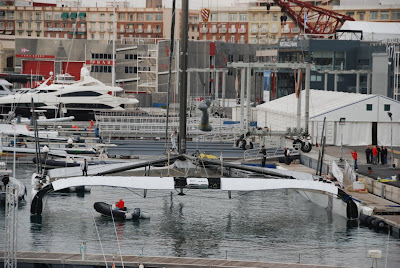 Alinghi this morning after putting the rig up.
Should be interesting tomorrow.......
1 comment:
Email ThisBlogThis!Share to TwitterShare to FacebookShare to Pinterest
Newer Posts Older Posts Home
Subscribe to: Posts (Atom)