Got straight back from Dubai and collected by M3 Shell and deck from Full Force. A little early Christmas present to myself.

Managed to squeeze in a few days working on it, but really just planning what I’ll be doing. I’ve got a few ideas I’d like to try! Cut up my old A class cat mast to make some wingbars, and they look pretty neat.
No comments:
Email ThisBlogThis!Share to TwitterShare to FacebookShare to Pinterest

Thanks UPS - my passport made it back to Dubai today, so I can go home for Christmas!
[Check out previous posts for the full story.] 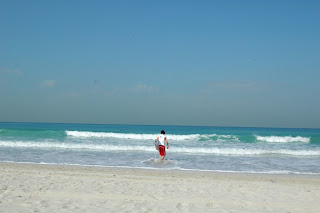 So what do you do on an extra day in Dubai? - well we hit the beach this morning and Victory Challenge IT guru Eric tested out his new surfboard.

A quick test on including YouTube videos in this blog. A great bit of footage of Sam Pascoe from the onboard camera.

Moths on 'The Daily Sail'

Another good Moth article on the Daily Sail today, featuring interviews with Simon and Sam, and some video footage from last weekend at Hayling Island.
No comments:
Email ThisBlogThis!Share to TwitterShare to FacebookShare to Pinterest 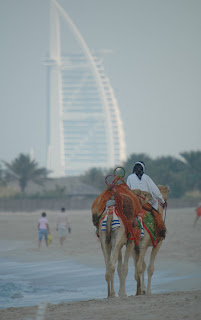 I came out to Dubai in the end of December to help the advanced team set up the Victory Challenge Base in preparation for their winter training period here in Jan.
Leaving here may be a bit trickier than planned though..... I gave over my passport to a freight handling agent working for the team to try and sort out an airport security clearance for me in order to help unload the two huge Antonov cargo planes of equipment and boats that have been flown over here. Unfortunately he flew back to the UK before giving my passport back to me! I'm now waiting on DHL to get it back to me before I can leave the country!
The embassy were very helpful and said I could declare it lost and they could issue me another in 10 working days! Mmm tempting but no! I've got to be in Miami on the 4th of Jan.
Hopefully it will arrive shortly or at least I'll find the tracking number to get an eta.
No comments:
Email ThisBlogThis!Share to TwitterShare to FacebookShare to Pinterest

A few of us ventured out into the desert to try a bit of quad biking here in Dubai recently. Great fun, and really cool to see the desert. 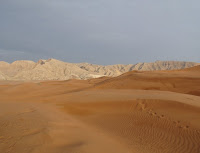 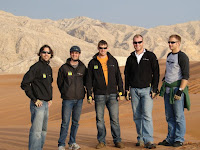 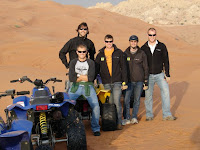 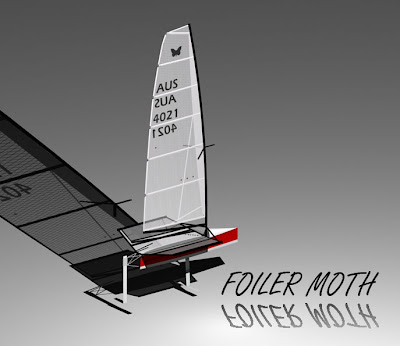 Check out the Hydrofoil Moth addition to the Virtual Skipper PC Game, that lets you race a variety of classes of boat in famous venues around the World.

The game itself can be downloaded from: www.virtualskipper-game.com and the Moth from www.vsk-aus.com

I've been invited to join the Carbonology Skiff Team, a multi class team of exciting boats. A Moth, Cherub, 14 and 18ft Skiff currently make up the team. They will provide me with support for materials for the new Moth in build, and join my other sponsors; Gill, Holt, Marlow and Selden.


Carbonology.com are an online shop for carbon and composite materials. Supplying private and trade customers with high quality carbon fibre material and components.
No comments:
Email ThisBlogThis!Share to TwitterShare to FacebookShare to Pinterest

(5 December 2006) Victory Challenge announced today that the Swedish America’s Cup challenge is situating its winter training in Dubai, in the United Arab Emirates.”We have been given a unique opportunity to site our training there in January. Due to the sailing conditions in Dubai being equal to those in Valencia during April and May, we are counting on considerably more high-quality training days on the water”, says Magnus Holmberg. It is not only a unique opportunity; it is also a great challenge to transport the team, boats, containers and other equipment from Valencia to Dubai.Örn (SWE 63) and Orm (SWE 73), which weigh 24 tons each must, for reasons of time, be transported by air between Spain and the United Arab Emirates.This will take place in less than ten days, using two Antonovs – enormous Russian transport planes. For a while now, Victory Challenge has had a smaller team in place in Dubai in order to prepare this logistically complicated operation. in asociation with the boat transport this will be reinforced with parts of the sailing team, boat builders and sailmakers, in order to prepare for winter training. A temporary base with a sail loft, necessary workshops and offices, is being established at Jumeirah Beach.The historic weather data is plain. In Valencia in the winter, an America’s Cup team can expect five training days on the water – whilst in Dubai conditions are equivalent to those in Valencia during the spring and early summer.”The two-boat sailing we have had during the autumn in Valencia has been very effective and we have achieved our goals. But, according to plan, the focus has been on boat development and less on racing and crew work,” says Magnus Holmberg.A lot of sail development and rigging testing, etc., has been carried out to prepare for SWE 96, the new boat which is now being completed at the shipyard in Lindholmen Science Park in Göteborg.”The first period of time after launching an America’s Cup boat is about structural tests and optimization. It takes some time before you can start to sail full out. Therefore, it is impossible to say no when we have a chance to add so many days of pure sailing training," says Magnus Holmberg.Not quite four months remain until the 32nd America’s Cup races resume with the last pre-regatta, the Valencia Louis Vuitton Act 13.And with it approaches the challengers series, the Louis Vuitton Cup, when the eleven challengers will compete to see who will be the Challenger that will meet the Defender, Alinghi, in the America’s Cup Final.The Louis Vuitton Cup begins on April 16, and after a round robin, where all the teams meets each other twice, and seven teams are excused from continued competition. In the 32nd America’s Cup, there are no quarter-finals (as there were in Auckland). Only four teams continue to the next round, the semi-finals.”Our goal is to take one of the four semi-final places. With winter training in Dubai, we believe that our chances of achieving that goal will increase,” says Magnus Holmberg.Victory Challenge’s main partners for the 32nd America’s Cup are Tele2, Red Bull and MTG. Metro, Viasat and Bet24 are media partners. Sail Racing, LIROS Yacht Ropes, Sebago and OM Pimespo Ibercarretillas are official suppliers. Team suppliers are Sebago, Fitness First in Valencia and Nordic Sea Hotel in Stockholm.