Managed to sneak out yesterday for some mid week sailing while the conditions were good. Jonnie Hutchcroft and Phil Oligario were keen for a foilertown visit, so the call was made on Tuesday afternoon.
Early morning was a story of mist, ice and no wind, but once rigged and we'd got Philipe's M1 sorted a bit more with adjustments his mainsheet strops (don't have them too short or you'll never get the boom near centreline, and have big sheet loads..) we were lucky to have around 8 knots building to around 12.
Gybe practise was the order of the day, and Jonnie is just about there now, having digested lessons from day one in foiler town. Phil was still trying to make the mental adjustment of crossing the boat earlier than most find natural.
Jonnie and I did a boat swap which was really interesting. His Raptor had a whole other gear on mine, which was great to experience. Just a few little set up differences had such differences on the feel of the boats. Much was learnt from that, and I'll be doing a few little tweaks in the workshop shortly - interesting stuff...

I got some good onboard video that I'll try and post soon.

Nothing as good as Mike Cooke's latest gantrycam though - check out the Bristol Moth Squadron site for the best camera mounting/footage yet. Nice to see some wider angled shots, which is the typical problem. My last action cam footage had to be from a 3m pole out the front of the boat to get most of the boat in! 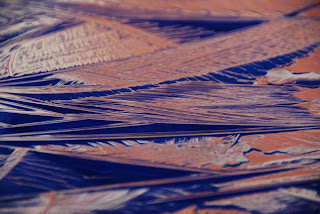