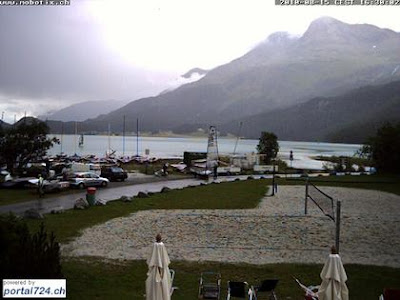 Updated: It is a little weird logging onto a webcam and seeing your car and boat in another country! Katherine called to say she'd made it to Silvaplana okay, so I did a quick check of the webcam, and I see the car and trailer!
I hope the weather clears up okay, and wish everybody a great event.

Unfortunately due to TEAMORIGIN commitments I shall be unable to attend the Europeans. I'm at an interesting time in a new team, with growing responsibilities, so it would be silly for me to miss up on opportunities as they arise.

A great shame as I was looking forward to going back out to Silvaplana, especially with such a good reception to the wing. So we'll have to wait for another time to unveil it in competition.

I've done a brief bit more testing. Lining up against Nathan the other day. I had height upwind, he had pace downwind. I came away with a long list of improvements in my head, pleased with the potential I know it has.

Katherine is still going out to the Euros, and will now be taking my Mach 2 which she has been getting a sneaky bit of practice in this week. (and I'm not sure if I'll be able to get it back off her!) With me not now able to help with the drive we are looking for help from the Moth fleet. She can drive out with Nathan, but needs a possible lift back, and car to tow a trailer? Or she'll be driving out and back on her own.

Any UK mothies able to help out?

A go with the wing open to best offer!
No comments:
Email ThisBlogThis!Share to TwitterShare to FacebookShare to Pinterest 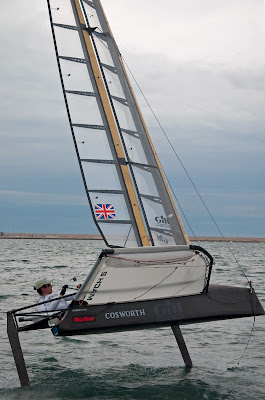 As a final note: I nearly started with this, but as there are a number of non-mothies reading this I’ll finish with it instead. I’ve been suffering from Babbageitis for a long time. In Dubai, Scott admitted that he often thought about what he would write in his next blog post while sailing along. Well I’ve had a bad dose of it as I’ve been pondering my possible blog posts on the wing far too much!

Thank you for all the nice messages about this. I’ll post more details soon, but I’ve got a busy week with TeamOrigin in Cowes, so I’d better focus on that. 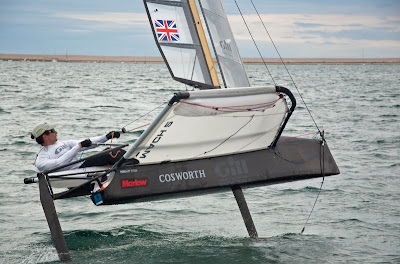 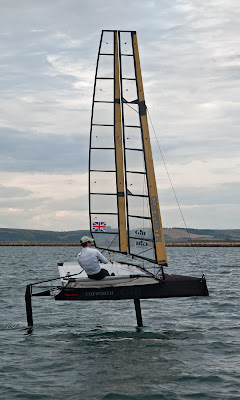 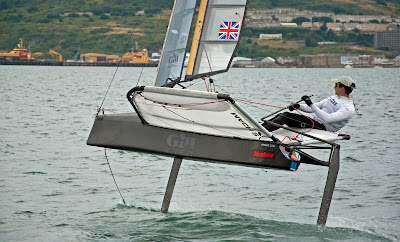 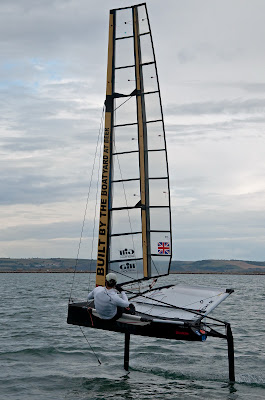 The ribs following me, all predicted I'd play safe, and tack round on the first sail. It felt fine so I rolled straight into a foiling gybe - that got a few cheers!

Many thanks to Ben Rhodes for these photos. (Ace 49er crew, and top photographer as well it now appears!)
12 comments:
Email ThisBlogThis!Share to TwitterShare to FacebookShare to Pinterest

The Eagle has landed...

Will do a full blog post tomorrow, but all went well for sea trials. Doing a nice quiet launch in Weymouth the week before the biggest regatta of the year here wasn't going to happen, so it was with quite a crowd gathered that I finally launched.

Upwind felt really good, downwind needs some tuning, but all good for a shake down sail.

Full update shortly - got to pack now for Cowes week with TeamOrigin and the 1851 Cup. 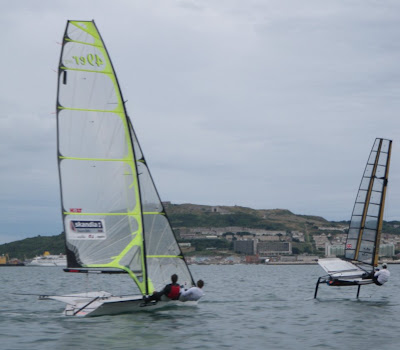 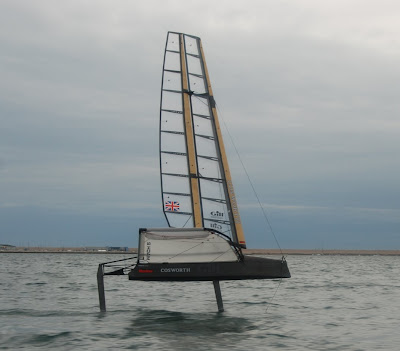 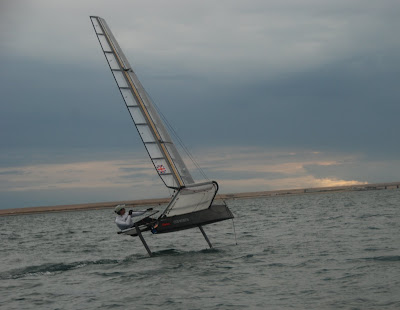 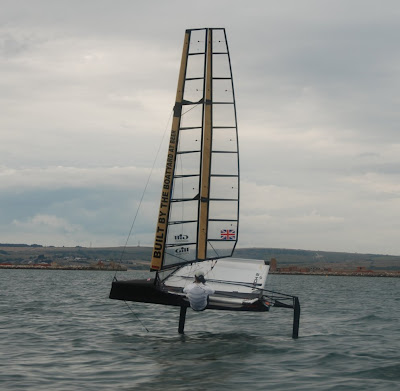 Special thanks to Katherine for wing skinning today, helping with the launch and taking photos!
11 comments:
Email ThisBlogThis!Share to TwitterShare to FacebookShare to Pinterest
Newer Posts Older Posts Home
Subscribe to: Posts (Atom)